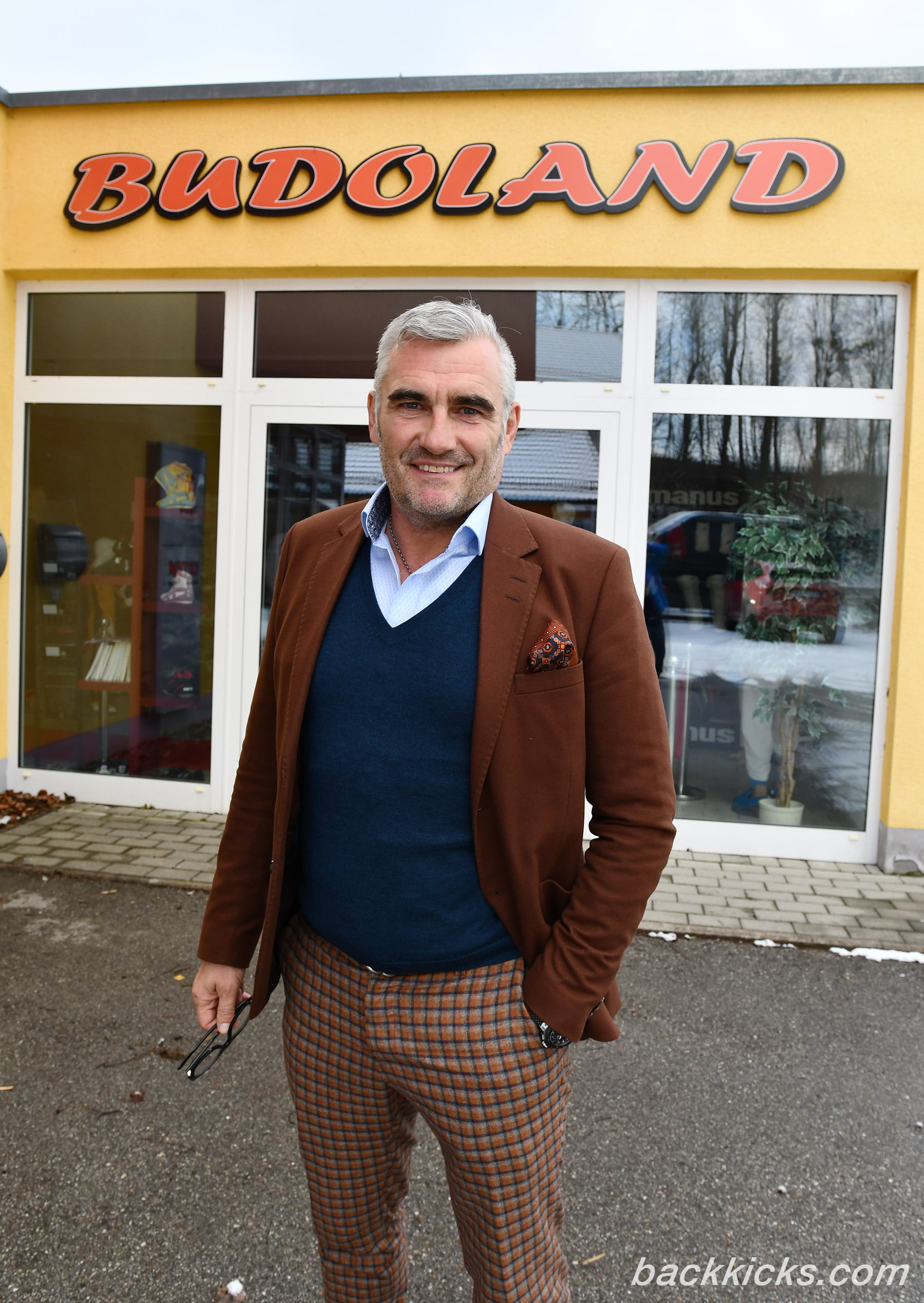 After a quick start in Kun Tai Ko Karate, Austrian jewellery merchant Peter Kruckenhauser decided to make his favorite hobby his new job. When German martial arts publishing and equipment retailer Sport Velte went out of business in 1992, Peter Kruckenhauser bought up Velte’s warehouse and started his own company. Budoland grew into becoming not only one of the biggest retailers in Germany and Austria, but advanced into becoming one of the most important wholesale companies for fighting sports, globally. Peter Kruckenhauser owns rights to equipment brands like Hayashi for karate, TopTen for boxing, kickboxing and taekwondo and Manus for sportkarate.

His North American distribution is covered by Fighters Incorporated in Ormond Beach, Florida, where he is an equity holder together with his Czech partner Miroslav Sobotka. The Austrian businessman and martial artist sponsors various athletes, promotions and organizations such as AIBA (boxing), WAKO (kickboxing) and ITF (taekwondo) around the world in addition to national teams such as the Team Top Ten USA in point fighting.