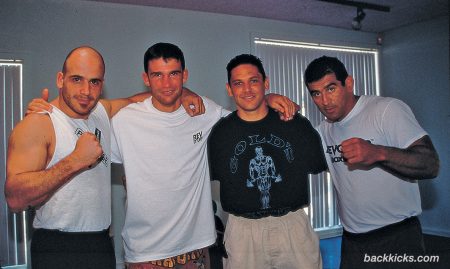 The best of all worlds in one spectacular MMA seminar in Los Angeles.

Sad news: Joe Lewis passed on August 31st, 2012 after suffering from cancer. May he rest in peace. We keep you in our hearts, Joe!

It was in 2000 when I first had the opportunity to meet up with Joe Lewis, the person who became known as the first American Sport Karate Champion, first professional heavyweight World Champion and as a teacher. He is one of the most advanced instructors for self defense and combat principles that are developed to be scaled up for different demands and not just one occasion. Joe Lewis has been a mentor and idol for many martial artists. Some have had the chance to study with him over many years and call him their master while others have just met him on one or two occasions. Yet, both sort of encounters with Joe Lewis have spurred positive developments for martial artists from all over the world.