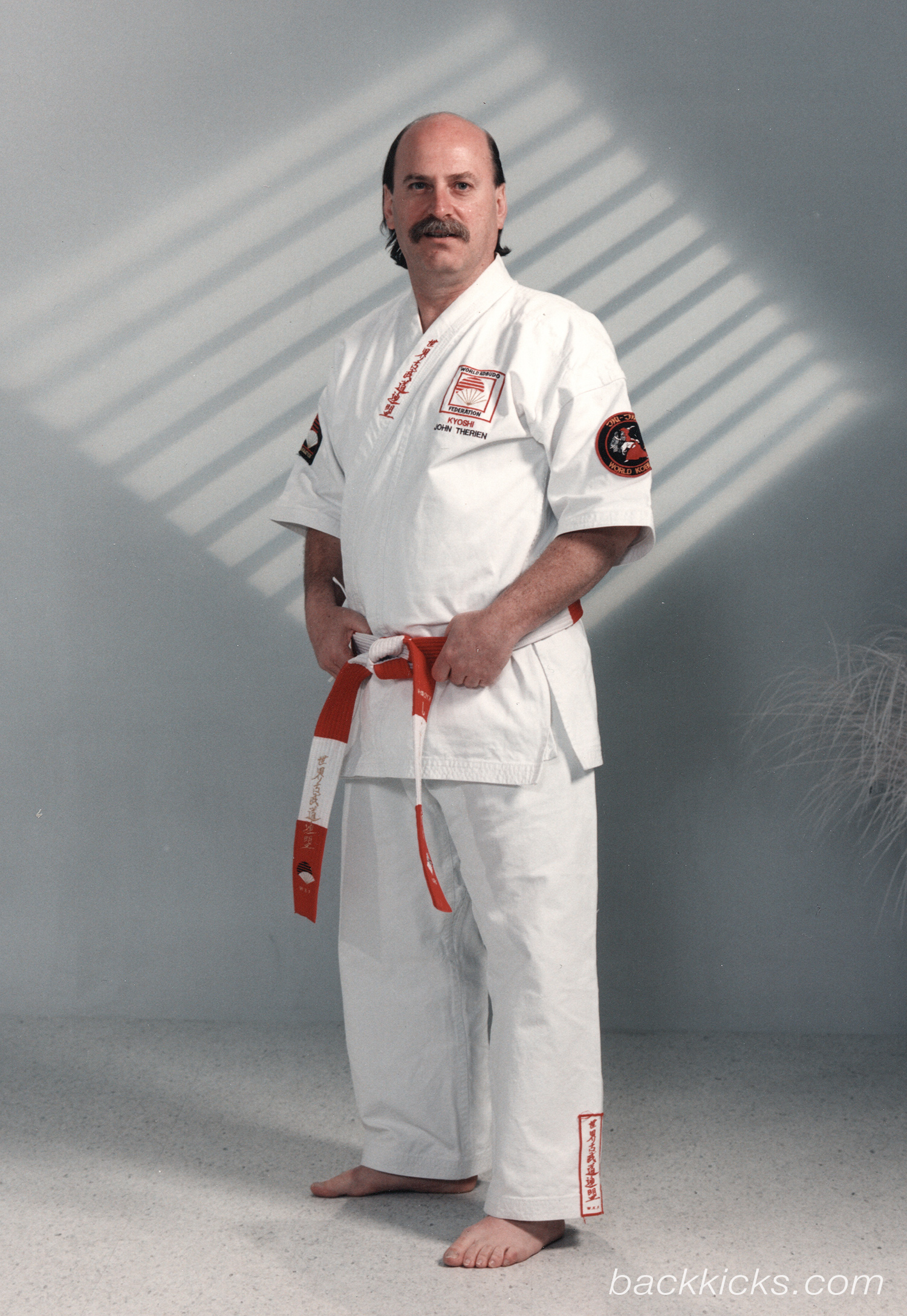 THERIEN, JOHN (born 1949) Canadian martial arts instructor, promoter, and writer. Therien began studying in Ottawa under Georges Sylvain, in 1969 he received his black belt from the Canadian Jiu-Jitsu Association. An instructor in Can-Ryu, kickboxing, and jujutsu, he is vice-president of the Canadian Jiu-Jitsu Union and promoter of the John Therien Invitational and Ottawa Inter-Club Championships. He is president and founder of the T.S.S. Promotions, Ltd., the most active fullcontact promoters in Canada. He was the Canadian PKA representative and manager of Jean-Yves Theriault, who assumed the vacated middleweight world title after Bill Wallace retired. Therien is a columnist for Official Karate Magazine. Therien is also founder and president of the Canadian-European Jiu-Jitsu Exchange (CEJJEX), a reciprocating learning experience for instructors and students from around the world.
Therien, together with Frenchman Hanshi Alain Sailly, is a director of the World Kobudo Federation, a global association who spreads martial arts teachings by promoting seminars.