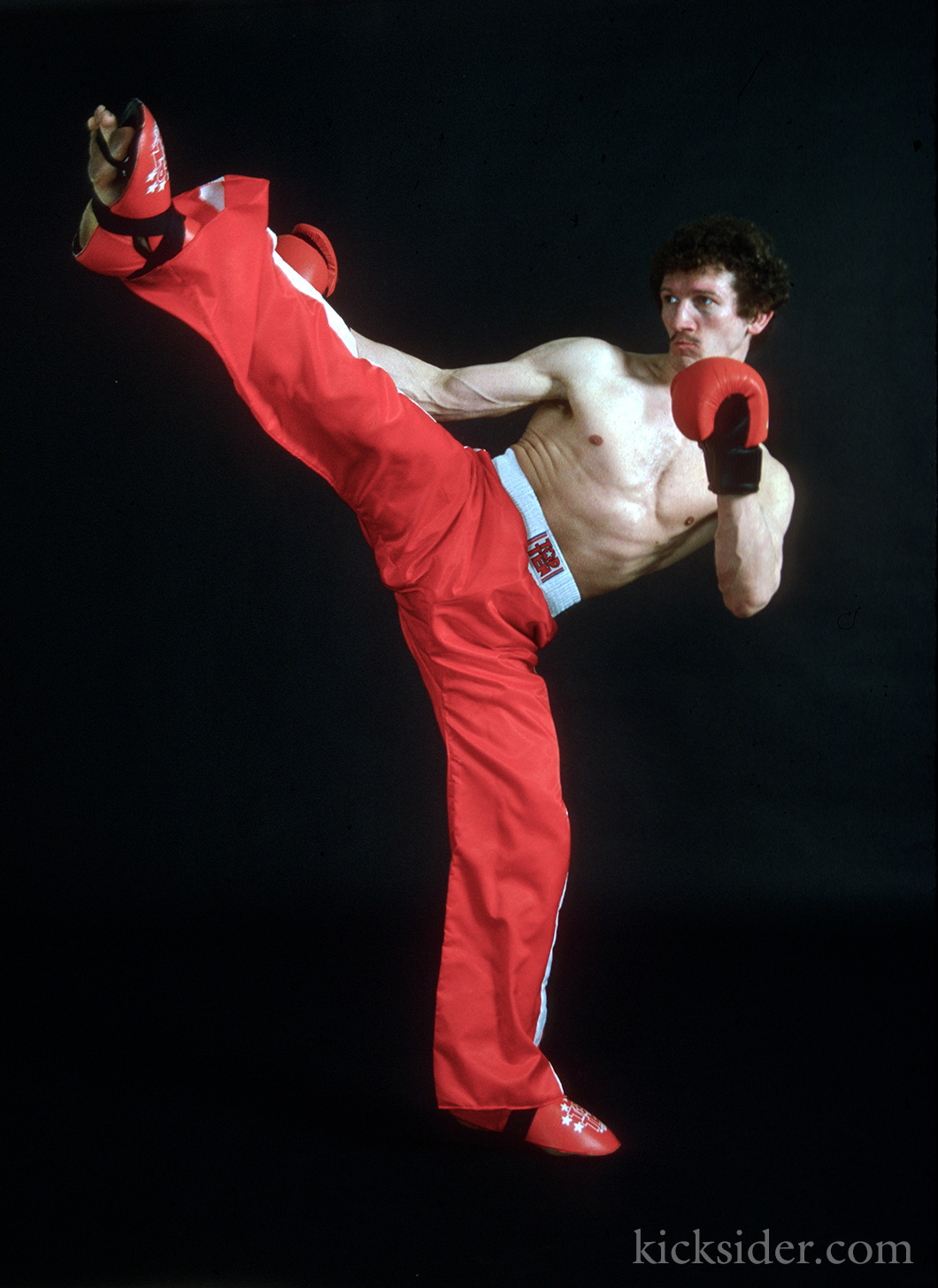 Germany’s Ferdinand Mack has earned the reputation of being one of the best all-time fullcontact kickboxers. He won 4 world championship titles in WAKO competition between 1979 and 1987 making him the most successful amateur kickboxer in ring sports in the history of WAKO. His only loss in international WAKO fights was suffered in 1981 against American Billy Jackson who was the only fighter ever to beat Benny Urquidez (just previous to his fight against Ferdinand). In addition Mack won 4 European titles and became German champ more than 10 times. He was famous for his perfectly timed spinning backkick that sent many of his opponents to the canvas.

Having started with Taekwondo in the mid 70ies at a time when kickboxing was pioneered in Germany, Mack broke with the traditional martial arts to compete in kickboxing matches. He was self-taught without a real trainer which makes his acquisition of extraordinary skills even more amazing. While still a fighter he started to teach and coach others, performed official activities for the German WAKO association such as promoting tournaments, refereeing and administration.
After turning professional in 1988 by defeating Briton Kash Gill he continued to fight Don “The Dragon” Wilson in March 1989, but lost by TKO in the last round after being far ahead on points. In 1992 he captured the PKO middleweight world title and the ISKA Intercontinental title by defeating American Robert Harris (fight video).

Later in his career his rivalry with WKA champ Frank Scheuermann (fight video first fight in 1996) made for two extremely popular matches in Mannheim and Frankfurt, Germany. Mack lost the first event on points and won the rematch with a smashing first round knockout. It was the first kind of high-profile match in Germany where a WKA champ was matched against a WAKO star and emotions were high. Mack was a verbal proponent of classic standup fullcontact fighting and he also participated in amateur boxing fights.
Ferdinand Mack, who was a protege of WAKO founder Georg Bruckner, was an avid supporter of German kickboxing and served as the head coach for the national fullcontact team until he left WAKO and joined the WKU. He also authored a German book on the sport.

Ferdinand Mack frequently teaches clinics around the world while operating a martial arts school out of his hometown Mannheim. His first wife Gerda Mack was a point fighting world champion (WAKO) in 1985 and his current wife Nina holds international titles with WKU.

Some of his most important titles: