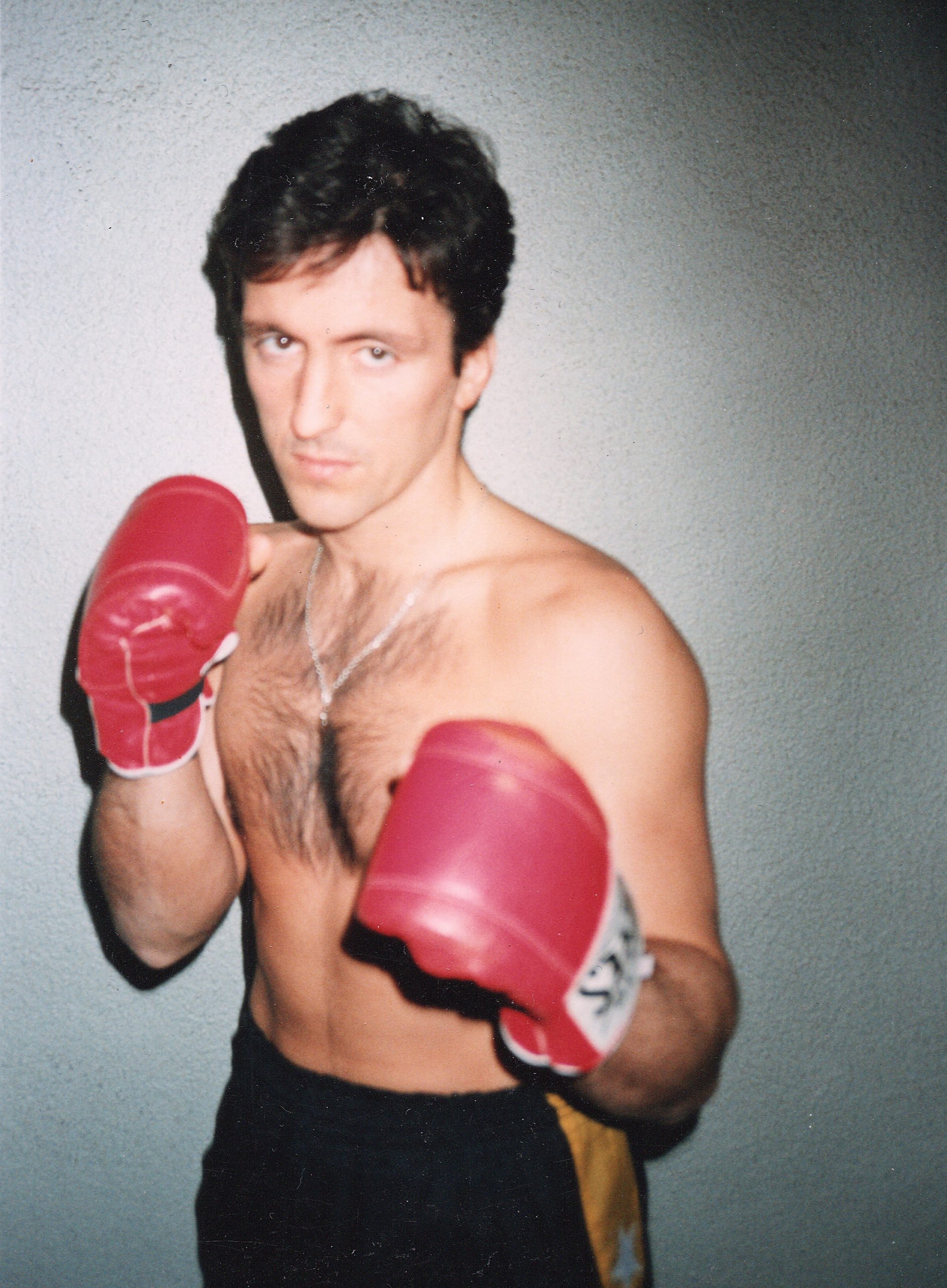 Jose Vicente Eguzkiza is the first Spanish fighter to capture a kickboxing world title. In 1987 he placed first in the light-middleweight division during the prestigious WAKO World Championships in Munich. In 1992 he repeated his success as a professional to capture the world title issued by ISKA, later added a WKA belt. Born in 1959 he started with shotokan karate in 1976 and added other martial arts to his education. He fought in taekwondo, semicontact and savate as well. His fight record is published with 103 fights with just one loss and 67 wins by the way of knockout. Today, Eguzkiza acts as the trainer for the national squad of amateur kickboxers for the Spanish WAKO federation. 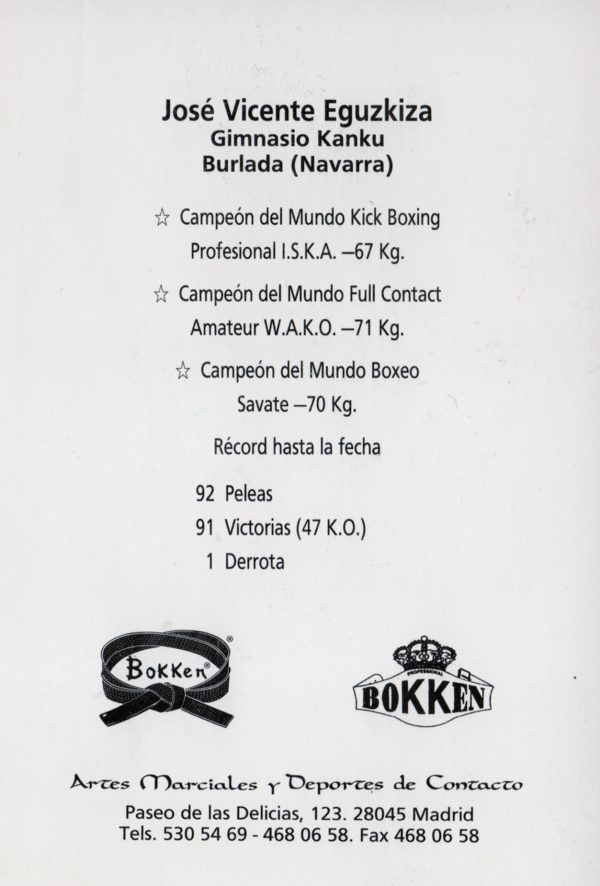