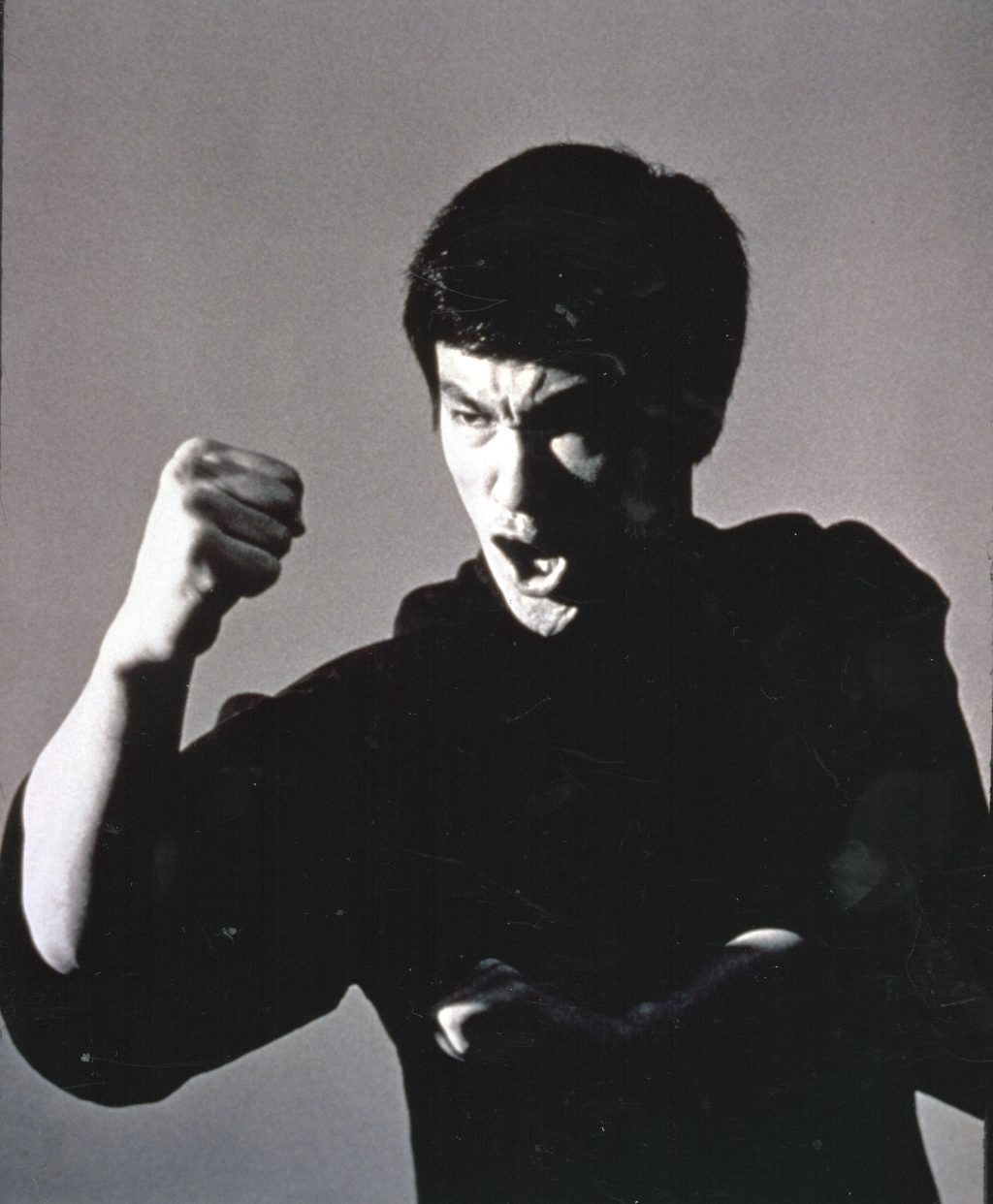 Jeet Kune Do was conceived by the late Bruce Lee in 1967: literally “way of the intercepting fist.” Unlike many other martial arts. there are no series of rules or techniques that constitute a distinct feet kune do (jkd) method of fighting: jkd utilizes all ways and means to serve its end. It is bound by none and therefore “free.” It possesses everything, but in itself is possessed by nothing. Those who understand jkd are primarily interested in its effects of liberation when it is used as a mirror for self-examination. In the past, many have tried to define jkd in terms of a distinct style. i.e., Bruce Lee’s gung-fu. Bruce Lee’s karate. Bruce Lee’s kick-boxing, or Bruce Lee’s street fighting. To label jkd Bruce Lee’s martial art is to miss its meaning: its concepts cannot be confined within a system. To understand this. a martial artist must transcend from the duality of the “for” and “against” into one unity which is without distinction. The understanding of jkd is a direct intuition of this unity. Truth cannot be perceived until we have come to full understanding of ourselves and our potential. According to Lee, knowledge in the martial arts ultimately means self knowledge. Jeet kune do is not a new style of karate or kung-fu. Bruce Lee did not invent a new style or a composite. or modify any style to set it apart from any existing method. His main concept was to free his followers from clinging to a style, pattern, or mold. It must be emphasized that feet kune do is merely a name: a mirror in which we see ourselves. There is some sort of progressive approach to its training, but as Lee said. “To create a method of
fighting is pretty much like putting a pound of water into wrapping paper and shaping it.” Structurally, many people tend to mistake jkd as a composite style because of its efficiency. At any given time, it can resemble Thai boxing, wing chun, wrestling, or karate. Its weaponry resembles Filipino escrima and kali, and, at long range, northern Chinese gung-fu or tae kwon do. According to Lee, the efficiency of style depends upon circumstances and range: a staff, for example, would be the wrong weapon to bring into a telephone booth to fight, whereas a knife would be appropriate. A good jkd practitioner must develop intuition. According to Lee, a style should never be like a bible in which the principles and laws of which can never be violated. There will always be a difference with regards to quality of training, physical make-up, level of understanding, environmental conditioning, and likes and dislikes. Thus jkd is not an organization or an institution to which one can belong. “Either you understand or you don’t. and that is that,” in Lee’s words. When Lee was teaching a Chinese system of qung-fu upon his arrival in the U.S., he did have an institute of learning: but after that he didn’t believe in a style or system, Chinese or otherwise. According to him, to reach the masses some sort of organization had to be formed. both domestic and foreign branches’ with affiliations: but he also felt it was not necessary to have these because a martial artist finds himself more often in places that are contrary. To reach the growing numbers of students some sort of preconformed sets had to be established as the standard for these branches. As a result, many members will be conditioned according to the prescribed system: many will probably end up as prisoners of systematic drilling.
This is why Lee believed in having only a few students at one time, because it requires constant alert observation of each student in order to establish a direct relationship. A good teacher can never be fixed at a routine, and today many instructors are just that As Lee so often said, “A good instructor functions as a pointer of the truth espousing the student’s vulnerability, causing him to explore both internally and externally, and finally, integrating himself with his being. Martial arts, like life itself, are a constant unrhythmic movement, as well as constant change. Flowing with this change is very important. Finally a jeet kune do man who says jkd is exclusively jkd is simply “not in with it.” He is still “hung up” on his own self-closing resistance, anchored to reactionary pattern and naturally bound by another modified pattern and can move only within its limits. He has not digested the simple fact that the truth exists outside of all molds and patterns. An awareness is never exclusive. To quote Lee, “Jeet kune do is just a name, a boat to get one across the river. Once across it is to be discarded and not to be carried on one’s back.” In 1981 jkd concepts were taught in only three places: by Dan Inosanto and Richard Bustillo at the Filipino Kali Academy in Torrance, Calif.; by Larry Hartsell in Charlotte. N.C.; and by Taki Kimura in Seattle, Wash. As taught in Torrance, the curriculum includes western boxing and Bruce Lee’s method of kick-boxing, called Jun Fan boxing. It is felt that students should gather experience rather than technique. In other words, a karate practitioner who has never before boxed needs to experience sparring with a boxer. What he learns from this experience is strictly up to him. According to Lee. a teacher is not a giver of truth; he is merely a guide to the truth and the student must discover for himself.

The total picture Lee wanted to present to his pupil was that above everything else he must find his own way. He always said, “Your truth is not my truth, and my truth is not yours.” Lee did not have a blueprint, but rather a series of guidelines to lead to proficiency. Using equipment, there was a systematic approach in which you could develop speed, distance, power, timing, coordination, endurance, and footwork. Jeet kune do, for Lee, was not an end in itself nor was it merely a by-product; it was a means of self-discovery; a prescription for personal growth, and an investigation of freedom, freedom to act naturally and effectively not only in combat but in life. In life, to absorb what is useful, to reject what is useless, ideally, a student will seek experience in many arts—judo, jujutsu, aikido, western boxing, kicking styles, wing chun, kali, escrima, arnis, pentjak silat, Thai boxing, French savate, etc. — and to understand the strengths and weaknesses of each. It is not necessary to study all of these arts, but to understand the high and low points of each, as well as the range, distance, and effectiveness of each. There is a distance in which western boxing is superior to any kicking style, whether it be from Korean karate or northern Chinese styles of kicking. No art is inferior or superior to any other. This is the object of jeet kune do: to be bound by no style and in combat to use no style as style. In the Zen maxim: “In the landscape of spring there is neither better nor worse. The flowering branches grow, some short, some long.”