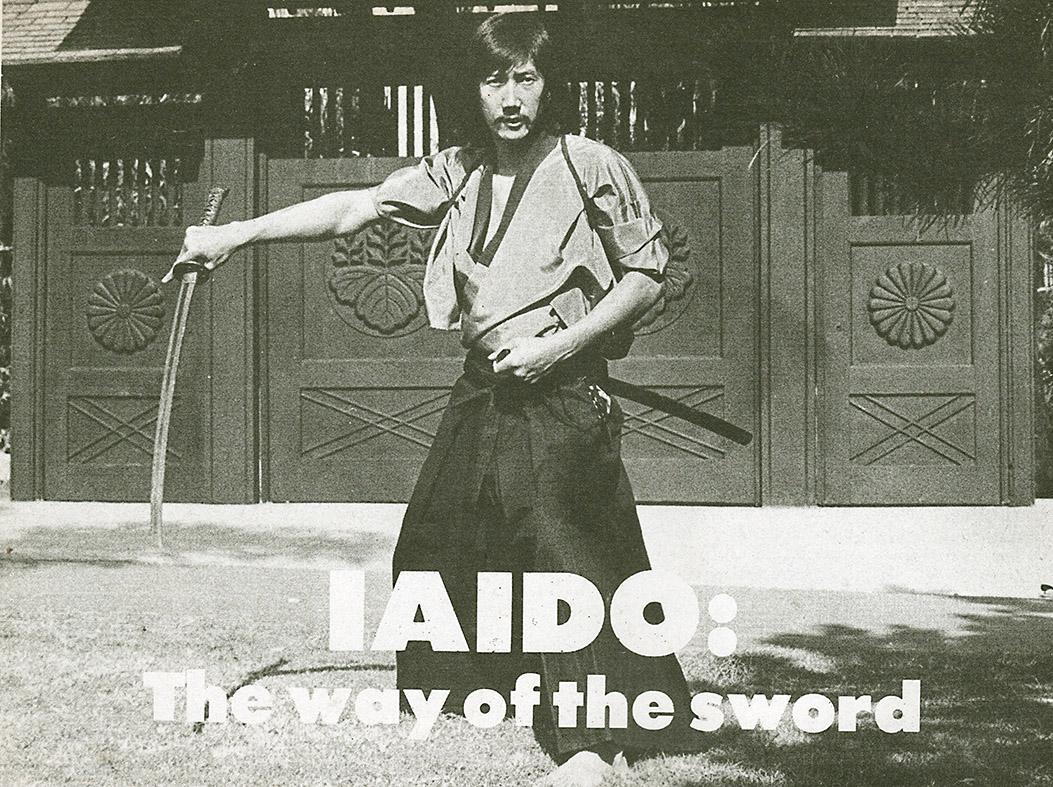 Perhaps one of the most unpublicizea champions in America, Minobu Miki is an all-around technician and is highly skilled in all areas of the martial arts, including sparring, kata and weapons. Miki earned his shodan in the demanding Nippon Kenpo dojo as a high schoc student in Japan. He came to this country during the mid-1960s to further his education. Settling temporarily in the Southeast, his short tournament career there was highlighted by sparring victories over Joe Corley and Parker Shelton in open competition. Miki later moved to the Pacific Northwest where he became the three-time grand champ and perennial kata winner of the Seattle Grand Championships. About the same time, he extended his competitive activity to Hawaii. As a member of the Hawaiian team in the first Mainland versus Hawaii Championships, Miki bested veteran Algene Caraulia but lost to Bill Wallace. Finally, Miki settled permanently in San Diego where he opened his Japan Karate Federation dojo. For several years, he restricted his competitive career to Japanese events. Miki rose to national prominence in ’74 by virtue of his consistent winning streak in kata competition at several of the nation’s major tournaments. Rated 5th in Professional Karate’s kata top 10, he currently trains with superstar Fumio Demura. Questions concerning Iaido can be forwarded to Mr. Miki at 3333 Midway Dr., Suite 100, San Diego, California 92110.

IAIDO WAS CREATED some 400 years ago by Jinsuke Hayashizaki. At the time, Japan was wrought with civil wars, and its unstable situation was further punctuated by opposing clans, private feuds and domineering war lords. This period of inner turmoil provoked the use of the sword as the primary weapon. Jinsuke reasoned that the most critical moment of a sword fight was during the initial drawing, when the sword was brought to life from its inanimate scabbard. Much like the gun fights of the old west, Jinsuke felt it was the quickness of the draw that meant the difference between life and death. Jinsuke became a master swordsman second to none, and perfected various methods of drawing the sword that proved fatal even to those adversaries wearing body armor. He never lost a fight. The essence of his teaching was passed on to Tamiya Heibei, who in turn taught this exacting and deadly art to the warriors of the shogun. Thereafter, it became the samurai’s way of life. It is difficult for a foreigner to comprehend the deep spiritual respect that the Japanese hold for a sword. To them, it is not merely a well-honed piece of highly tempered steel, but instead an instrument of living history demanding deep reverence. Iaido requires a very special training and a very distinctive kind of person to practice it, for its history is long, its principles quite spiritual and its techniques demanding. The sword is only to be drawn with serious consideration. The basics of iaido are exacting and demand rigid adherence not only to the techniques, but to the ceremony and etiquette as well. While the following is not an in-depth lesson, it will at least demonstrate the fundamental idea. Subsequently, if the reader feels he possesses the mental and physical discipline and a desire to continue, he will at least have been introduced to the art’s tradition. Practitioners of Iaido wear a hakama, a free-flowing skirt-like garment that adds style and grace to the dynamic choreography of iaido. The sword, of course, is the primary element, and can be bought for a reasonable price from a martial arts supplier or for several hundred dollars from a collector. Most practitioners use an inexpensive model, but even this is shown almost religious respect. It is not wielded wrecklessly or scratched, but kept clean and polished. The scabbard should also be brightly polished. The first basic kata of Iaido is called seiza ippon. It is a sitting position form, and is the keystone for some 40 other kata.