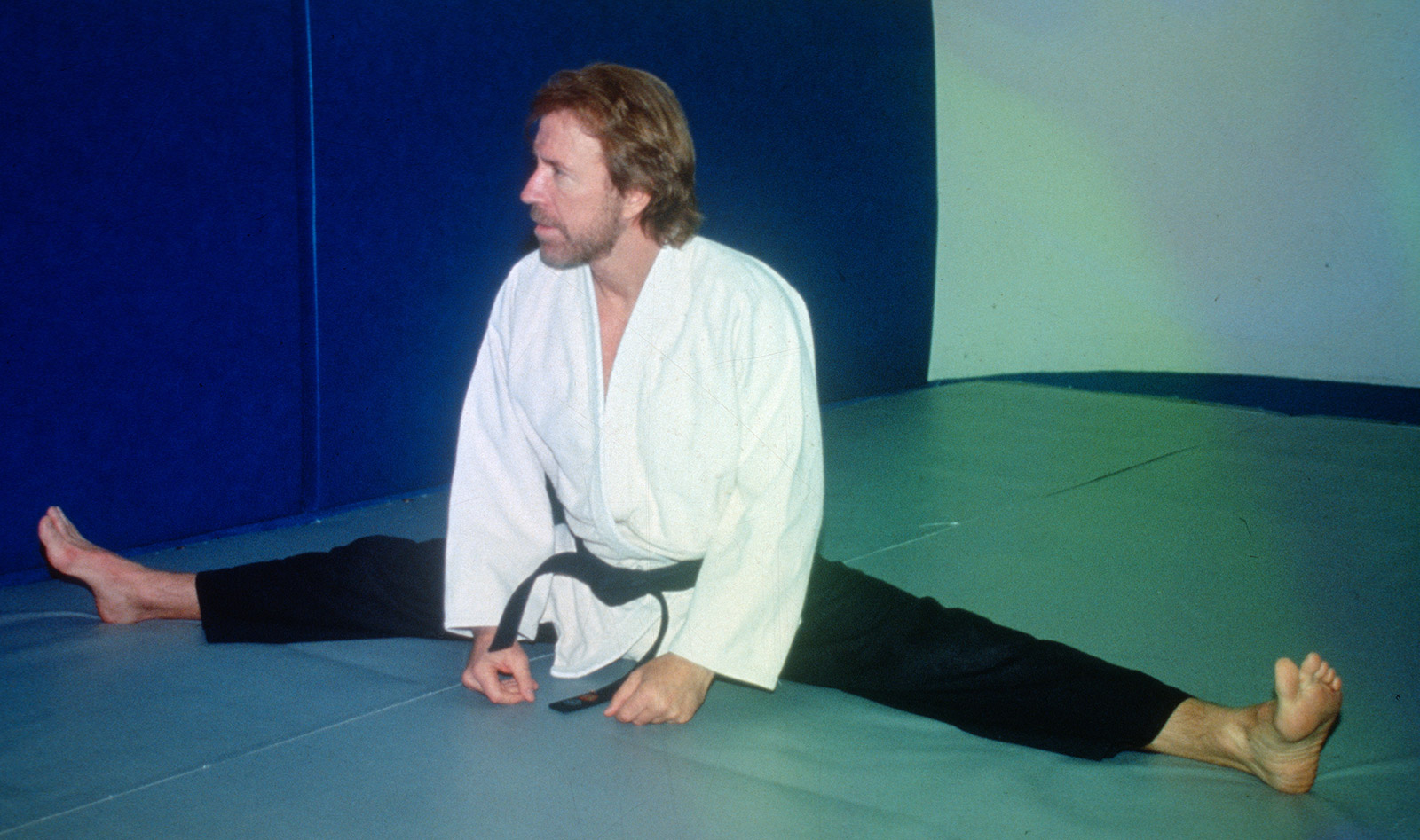 NORRIS, CHUCK (1940- ) American karate champion, pioneer, instructor, and actor. Born in Ryan, Okla. Chuck Norris is one of the greatest champions in the history of American karate. Winner of virtually every major title in karate between 1965 and 1970, his grand championship victories include the 1967 and 1968 International Karate Championships, the 1967 and 1968 All American Championships, the 1968 National Tournament of Champions, and the 1968 World Professional Middleweight Title. He retired as the undefeated middleweight champion after his last title defense, Jan. 17, 1970. As an instructor, Norris has been responsible for guiding more than 325 students to black belt and dozens to competitive success. He also coached the only black belt team to go undefeated in 29 tournaments. Among his prominent students are Bob Wall, Pat Johnson, John Natividad, Howard Jackson, Ralph and Bob Alegria, Darnell Garcia, Bob Burbidge, Jerry Taylor, Vic Martinov, and Aaron Norris, his brother. He also taught celebrities including the late Steve McQueen, Bob Barker, Priscilla Presley, and the Osmond Brothers. It was McQueen who encouraged Norris to try an acting career. In 1974 he wrote Chuck Norris’ Basic Karate Fundamentals and, in 1975, Winning Tournament Karate, the first manual written on American-style karate. Along with Bob Wall and Mike Stone, Norris co-founded in 1967 the Four Seasons Karate Championships, one of the most successful tournament formats in the sport’s history. In 1975 he co-founded the National Karate League, with full-contact teams in 12 cities. The league’s premier star was Benny Urquidez, who later became an individual superstar in his sport. A graduate of the Lee Strasburg school of acting, Norris made his film debut in 1968 in The Wrecking Crew. In 1972 he co-starred with Bruce Lee in Return of the Dragon (released in 1974). This film’s climactic fight scene, filmed in the Roman Coliseum, remains a classic among martial arts film buffs. 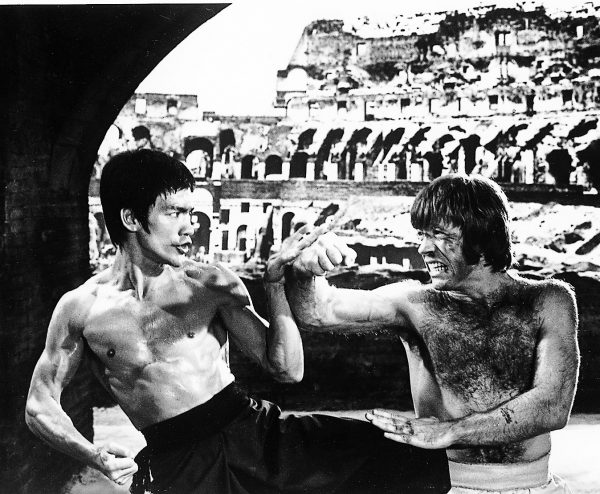 In 1976 he landed his first starring role, in Breaker, Breaker. At this time the genre, following Bruce Lee’s death, was suffering a decline. Norris singlehandedly reinstated the interest in martial arts films by convincing Hollywood filmmakers of their marketing potential. In 1977 he signed a three-picture deal with American Cinema, all of which became big box-office hits: Good Guys Wear Black (1978); A Force of One (1979), which featured the film debut of another karate champion, Bill Wallace; and The Octagon (1980). In 1981 he starred in An Eye for An Eye for Avco Embassy. In 1982 he starred in and co-produced Silent Rage for Columbia Pictures. That same year he also starred in Forced Vengeance for MGM Studios. Norris is the only martial artist to have been named three times to the Black Belt Hall of Fame: “Player of the Year” (1968), “Instructor of the Year” (1975), and “Man of the Year” (1977). A member of Who’s Who in the Martial Arts. he received a Golden Fist Award as an “Outstanding Fighter” for the decade 1960-70. He is the founder of the United Fighting Arts Federation, which by 1982 included 42 affiliated schools. See also motion pictures and television; U.S., history of karate in.