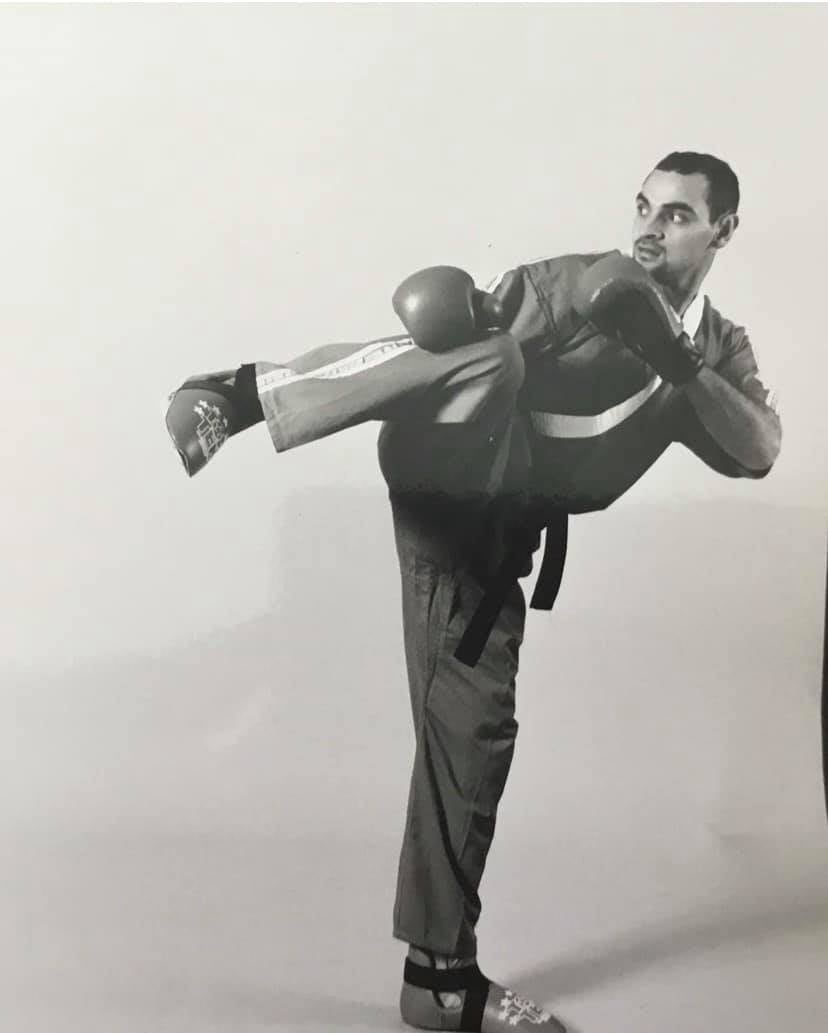 Alfie Lewis won five World championship titles in WAKO’s semicontact division -84 Kg from 1983 to 1993 in addition to countless British and European titles. Today, he heads his own organization for point fighting, the WMO aka World Martial Arts Orgization and teaches in his own school, Mushinkai Liverpool, UK. For many experts Alfie Lewis has been labelled as the best semicontact point fighter of all times. His fights against American Steve Nasty Anderson in the UK drew large crowds of up to 3000 spectators. A uniquely large crowd for point fighting events.

Fight at the WAKO World Championships 1990 in Mestre: